On Thursday 23rd of March at the Zadar City Library Mr Rajko Petkovic M.A. (English language, Philosophy and Sociology professor, American studies M.A.) gave a lecture on Film noire and its heritage in the american motion picture, its history, growth, genre and specific quality. After the lecture The Maltese Falcon, directed by John Huston in 1941, based on the novel by Dashiell Hammett, with Humphrey Bogart and Mary Astor in leading roles was shown to the visitors. 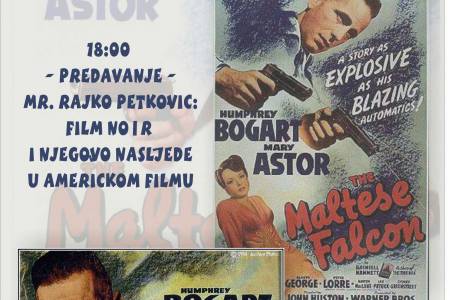